How to Store a Tent: Be It Winter, Spring, Summer or Fall

One of the first needs to survive in the outdoors is shelter, and what better item to meet that need but a tent that has all the features you would need. It should be then considered a form of blasphemy if an outdoor enthusiast does not know how to store a tent after each camping trip and during off-seasons like fall and winter.

Tents are often made with weatherproof fabric that helps protect you against the forces of nature, but this same material becomes fragile if not cared for properly. Caring for a tent does not stop with cleanup before packing it for the winter, but it should begin after every use.

Effects of a Regular Tent Cleanup

A silent mandate amongst mountaineers and hikers is always to keep your tent clean and looking sharp at all times. It’s a matter of courtesy and hygiene mostly, but a tent that is properly cared for and cleaned regularly also has its benefits to both the camper and the tent.

One of the benefits of having a clean tent is that it gets rid of that camp smell. While not all campsites smell bad, some odors are not nose-friendly, like those coming from wood smoke and the camp latrine. Cleaning up a tent on a regular basis gets rid of those undesirable odors and makes your tent more habitable, especially if you’ll be sharing it with fellow campers or that random hiker.

Tents are mostly made with water-resistant material that is coated with a protective layer that increases its ability to take in Mother Nature’s abuse. Regular cleanups allow you to wash off any stuff that may degrade this material and preserve the layer for future use. This also affects the internal seals around the hems and joints of the tents as moisture tends to weaken them.

An ill-kept tent with all the wrong odors tends to attract wildlife, and this would, of course, pose a danger towards its inhabitants. Not only the inhabitants are in danger but whatever contents it may have posed a risk to the wildlife that it attracted as introducing chemical-laden food will cause an imbalance in the overall ecosystem.

Like most material items, making sure that your tent is clean extends its lifespan by removing any substance that may affect the strength of its materials like grime and acid. Removing any foul smell and odor also makes it more habitable and inviting for fellow hikers.

How to Store a Tent

Knowing how to store a tent regardless if it’s after breaking a camp, upon reaching or for the off-season is generally advantageous to both the user and the tent itself.

Breaking camp after a long night of socials and revelry is something not some hikers look forward to, especially if they have a particularly bad hangover. But the majority of hikers know for a fact that this is something inescapable and the cleanup is inevitable.

Pretty fatalistic for a straightforward task, but it involves more than just clearing up the campsite and ensuring that the coals are all gone out and would not cause any accidental wildfire. One of the more important tasks while breaking camp is striking down the tents and storing them for a quick exit from the campsite.

An initiate would assume that storing tents after breaking camp means folding it neatly and storing it back to how it was stored before it was taken out and unfolded. However, the truth is that this can do more harm than good, especially towards the line of the folds that get abused repeatedly.

Here are the steps to do it correctly:

Step 1: After a night at camp, remove the flysheet and give it a shake to remove excess moisture. Stuff inside the tent sack without folding it.

Step 2: Next, take out the pegs and wipe off any dirt or mud before storing them in their pouch. Place this pouch in one of the backpacks pockets, together with the poles.

Step 3: Grab the tent by poles and give it a rough shake, with the door at the bottom, to remove any physical dirt and excess moisture.

Step 4: Unhook the poles and fold them as usual before bundling them up with the tent pegs outside the backpack.

Step 5: Give the tent another shake before cramming it into the tent bag. This makes it easier to take out if in case you need to set up camp again. This also saves time as compared to folding the tent carefully.

Step 6: Place the tent bag inside the backpack or hook it on the bag using a carabiner.

This is where things become fun and interesting, especially since you would have to do it by your lonesome self. Storing a tent once you reach your home or a camper’s lodge is a little easy because you’ve already taken care of the pegs and the poles, and all you have left to do is take care of the tent itself and the flysheet.

Step 1: Set-up your tent as you would on a campsite but leave the pegs off, you just need to crawl inside and clean it out.

Step 2: Use a duster and a piece of damp cloth to wipe off dirt and sweep away dust and leaves from inside.

Step 3: Give the tent a brisk shake after cleaning and then remove the poles.

Step 4: Carefully lay it out in a flat area and fold it following the already outlined folds. Some mountaineers would follow a different method, folding the tent in half then half again before rolling it so it would be more compact and easier to carry.

Step 5: Whatever folding method you choose, place the tent inside its bag and store in a cool, dry place where sunlight cannot reach it.

Step 6: Store the pegs and poles together with the tent for easy retrieval for your next outing.

The off-season for camping can start as early as fall while some avid enthusiasts still camp even in the dead of winter. Whatever the case, if you don’t feel campy during fall and winter, then it would be best if your precious tent is packed and stored properly so that you can use again come spring and summer.

Step 1: The first thing to do once the camping season is over is to clean your tent thoroughly by wiping away excess moisture and sweeping away larger pieces of dirt and debris. You may want to set it up again for faster cleaning and inspection.

Step 2: Check the hems and seals inside for any degradation. Water sealing tape is available so that you can replace damaged hems and seals.

Step 3: Check the stitching for any loose threads and repair it as needed. You may opt to bring it to a specialty shop for campers.

Step 4: Check the pegs if they are still complete and if they are badly bent. You can straighten them out using a hammer or a pair of pliers.

Step 5: Inspect the poles for any fracture in the casing and test the cords for any rupture.

Step 6: Test for any moisture and wipe away as needed. Storing a moist tent can cause mildew which inevitably damages the coating of your tent.

Step 7: Once the inspection is over, partially reassemble the poles or leave it completely assembled, so the cords do not get stretched out while in storage.

Step 8: Place the pegs in their pouch, and store it where you would store your tent.

Step 9: Fold the tents as you would when storing them after a camping trip but do not tie or press them. Just leave them folded and packed loosely. This lessens the abuse that the folds receive while in storage.

Step 10: Store your tent in a cool and dry place. Make sure that it is away from sources of UV rays and sunlight.

Step 11: Additionally, take out the tent after every few weeks to give it a shake and cleanup before storing them again. This would allow the folds to stretch and breathe. 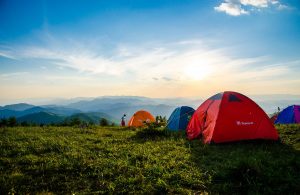 How to Camp in Cold Weather 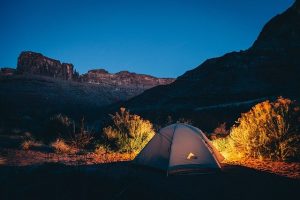 How to Insulate a Tent for AC

Our aim at Camp Shores is to see you experience fewer hassles when you go camping. To achieve such aims, we have round-ups on the best camping gear and tools you can trust. 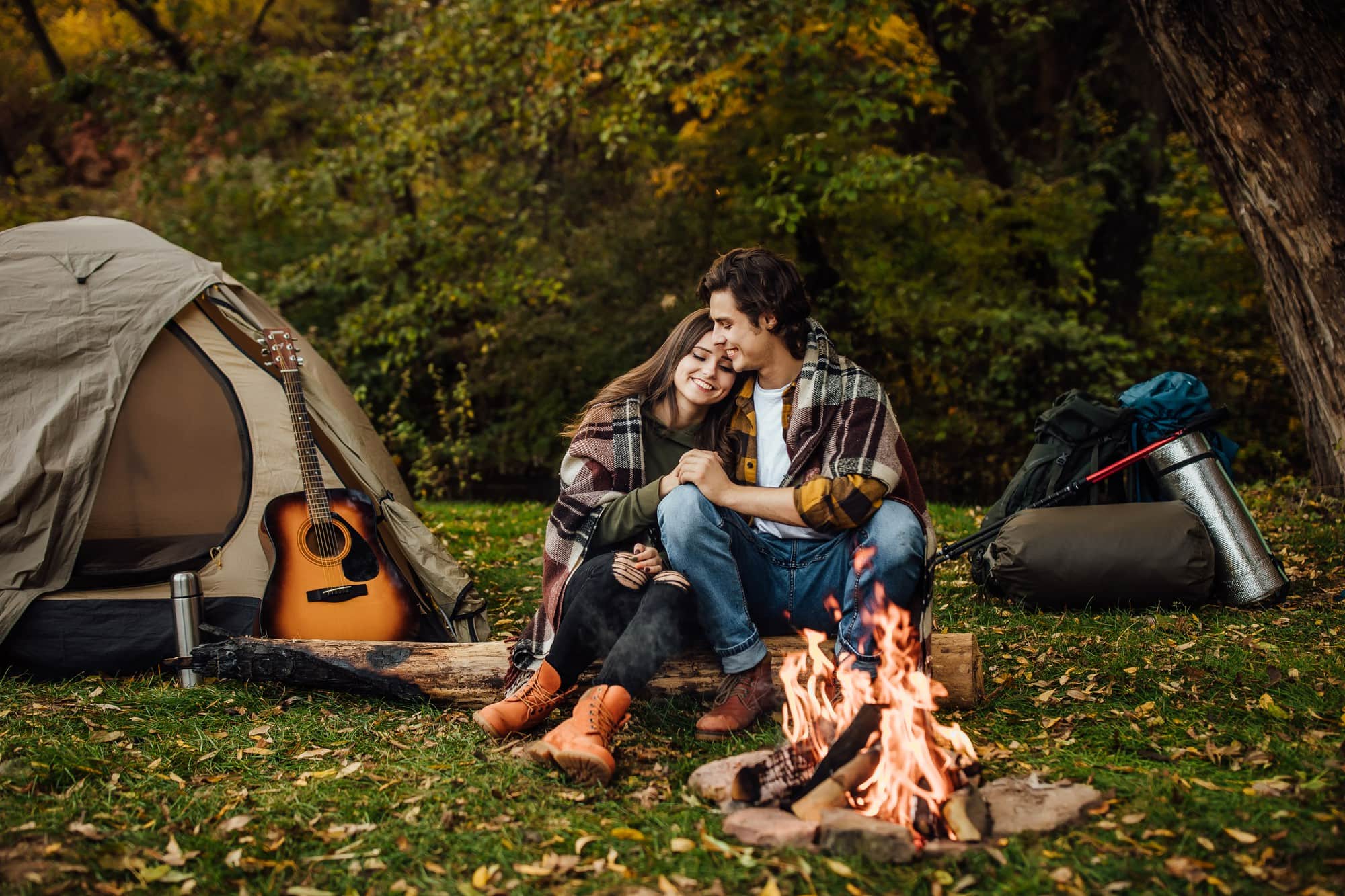